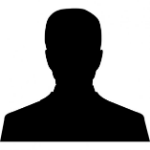 Sign in now!
Category:
Younger
Description:
The cast of Younger breaks down the premiere episode.


About Younger:
"Younger," stars Tony(R) Award winner Sutton Foster ("Bunheads") Hilary Duff ("Lizzie McGuire"), Debi Mazar ("Entourage") and Miriam Shor ("GCB"). Written, executive produced and directed by Darren Star ("Sex and the City"), Younger is based on the novel "Younger" by Pamela Redmond Satran. Patricia Field, who worked with Star on "Sex and the City," is a costume consultant on the production.
You must login to be able to comment on videos
Reply